What are the indices of deprivation?

The most recent indices of deprivation were published on 26th September 2019. 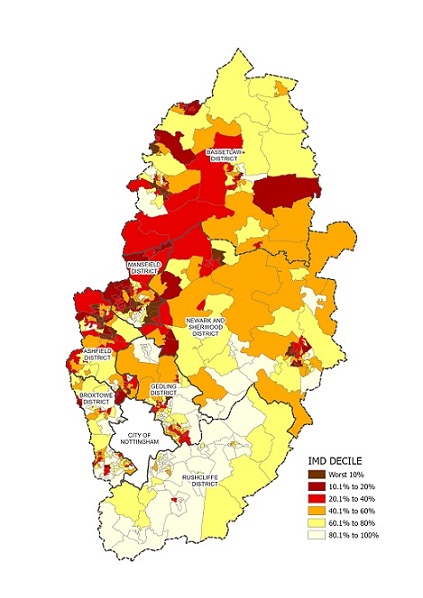 The districts of Nottinghamshire IMD 2019 results 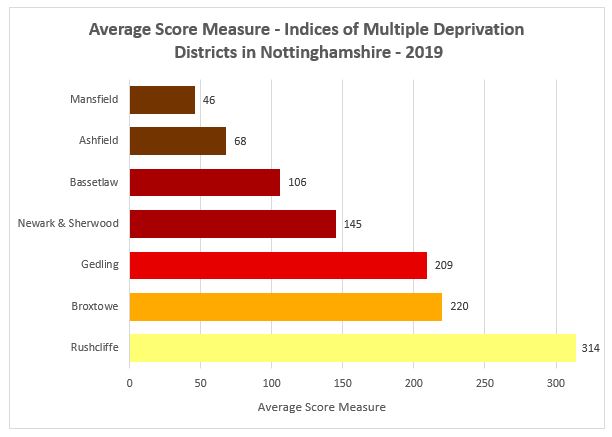 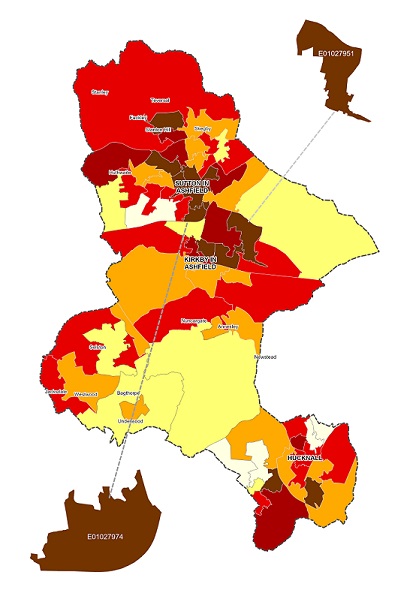 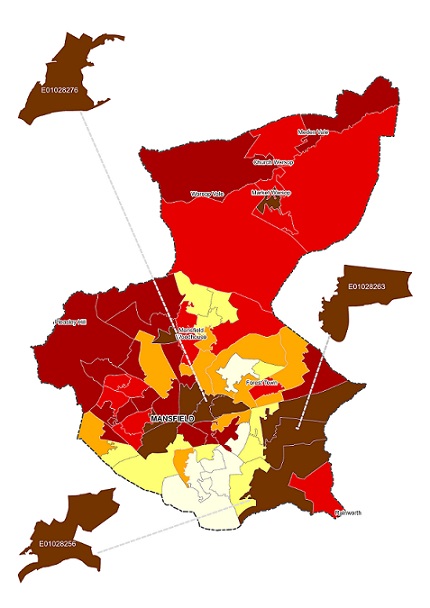 How has the index of multiple deprivation been calculated?

The Index of Multiple Deprivation is calculated from the domain results. Some domains carry more weight in the overall score than others. The domains are Income, Employment, Health & Disability, Education, Skills & Training, Barriers to Housing & Services, Crime and Living Environment.

If you are interested in finding out more detail on the Indices of Deprivation, and how these have been calculated, please see the central government guidance from the Department for Communities and Local Government.

Indices of Deprivation by Postcode

The Ministry of Housing, Communities and Local Government have developed a useful tool which will help you understand the areas in which your customers live and the levels of deprivation in different areas.

What can you use the indices of deprivation 2019 for?